What is Postpartum Depression

Postpartum depression, or postnatal depression, is a cluster of symptoms nearly identical to clinical depression but diagnosed only in women who are pregnant or who have recently delivered a baby or suffered a miscarriage. Postpartum depression symptoms can be so severe they impair the woman’s ability to care for herself, her baby, and her family. Without proper treatment, symptoms may last for months or years, and they may go on to become a chronic depressive disorder. 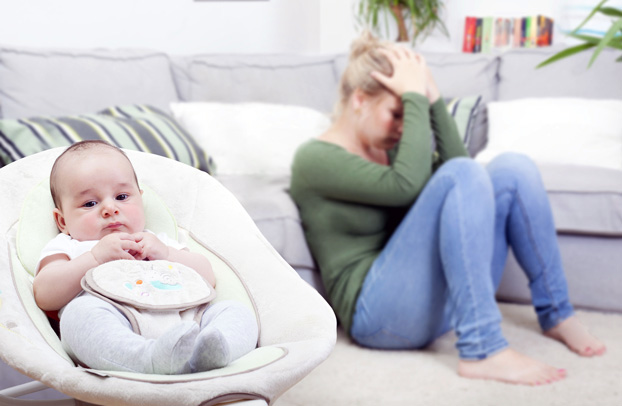 Postpartum depression is a common medical condition, occurring in about 14 percent of births.  Any woman can get the condition. It happens after childbirth, stillbirth and miscarriage. It merely is a common complication of childbirth. Considering the enormous biological, physical, emotional and other changes a woman undergoes during pregnancy, labor, birth and motherhood; it is no wonder she is at risk for emotional disturbances.

Nearly 50 to 75 percent of women experience what is called the “baby blues” after delivery. These feelings of unhappiness, fatigue, worry, anxiety, sadness and crying spells usually start a day or two after birth and go away on their own after a week or two. They do not interfere with the woman’s ability to care for her baby.

However, at the other end of the spectrum, postpartum psychosis is a very rare condition affecting only 0.1 to 0.2 percent of women, or about one to two per 1,000 women after childbirth. It is a different disorder than postpartum depression and involves psychotic symptoms such as hallucinations and delusions. This disorder is a medical emergency and may place the life of the mother and her baby in immediate danger.

Postpartum depression does not have a single cause. Instead, it is almost certainly the result of multiple emotional and physical factors coming together after childbirth. After delivery, the levels of estrogen and progesterone in the mother drop rapidly, causing chemical changes in her brain that can set off mood swings. Combine this with the exhaustion following labor and delivery, plus the stress and fatigue of caring for a newborn, and it is clear how problems can develop. Many new mothers are not able to fully recover and rest after having a baby, and they live in a state of constant sleep deprivation. They may be in pain due to the delivery or a C-section, as well.

A woman who has struggled with anxiety or depression before her pregnancy may be more at risk for developing postpartum depression. Other risk factors, such as financial or job problems, lack of social support, a death in the family, relationship problems, a special needs baby, or a baby who has colic or who has an irregular schedule are just as likely to contribute.

Studies published by the Mayo Clinic show a strong correlation between domestic violence and the development of postpartum depression. Women who experienced postpartum depression after a previous pregnancy also have up to a 90 percent greater risk of relapse during subsequent pregnancies.

Sometimes chronic sleep deprivation leaves new mothers feeling overwhelmed and unable to cope with even the simplest challenges. They may feel less attractive due to body changes after pregnancy and delivery or feel they have lost control over their lives. Anxiety about their ability to care for their babies may come into play. These may be complicated if the pregnancy was unplanned or unwanted, or if they have difficulty breastfeeding.

Mothers whose babies need to stay in the hospital or NICU may feel guilty, angry or sad. These feelings may affect her ability to deal with stress or even her feelings about herself. Other studies have shown mothers who had problems getting pregnant or who experienced significant complications during pregnancy and birth may be more at risk for postpartum depression. Mothers of twins, triplets and other multiples also face higher risk, as do mothers of preemies.

How common is Postpartum Depression?

The Centers for Disease Control reported on studies carried out by the National Institutes of Health, in which about 10 percent of women in the U.S. experienced symptoms of clinical depression. The CDC’s own study showed about one in nine women are affected by postpartum depression.

The National Institutes of Health also used data compiled between 1993 and 2007 to publish research in 2010 which showed approximately four percent of fathers suffered from depression during the first year of their child’s life. By the time their child was 12, that number had grown to 20 percent of fathers.

The American Academy of Pediatrics estimates more than 400,000 babies are born annually to mothers suffering from postpartum depression. This number amounts to about 10 to 15 percent of mothers who give birth each year. Women who have had depression before childbirth are about 20 times more likely to develop postpartum depression, according to the AAP. The AAP reports the diagnosis is frequently missed, leaving women to go without treatment.

What are the symptoms of Postpartum Depression?

Symptoms of postpartum depression last more than two weeks and interfere with a woman’s ability to care for and bond with her baby. They include at least five of the following to meet the diagnostic criteria:

Symptoms may also include:

Symptoms of PPD usually start within the first four months after delivery, but they may appear as late as one year after the birth of the baby. The mother may have good and bad days, and symptoms can range from mild to severe. Depression feels different for everyone.

What Are the Risks of Postpartum Depression?

With such intense negative feelings, it is no wonder postpartum depression interferes with bonding between the mother and her baby. For mothers, it can increase her risk of future problems with depression. Fathers also experience higher rates of depression. Children of depressed mothers have a higher chance for behavioral and emotional issues, as well as developmental and language delays.

Mothers with postpartum depression are more likely to show negative attitudes about their babies and to see the baby as difficult or demanding. They have more problems bonding and engaging with their babies, and they are more likely to stop breastfeeding early. The children of mothers with postpartum depression show higher rates of sleep and eating problems, tantrums, cognitive delays, social and emotional problems, behavioral disorders and early-onset depression. These babies are more likely to be born prematurely or with low birth weights, which also contribute to sleeping and feeding problems.

What is the best treatment for Postpartum Depression? 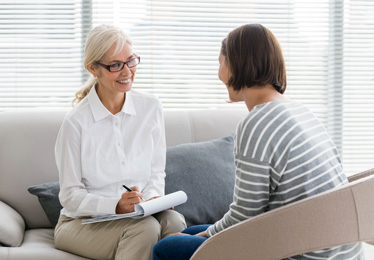 The most effective treatment for postpartum depression is a combination of antidepressant medication and counseling services. Several antidepressants are safe to use while breastfeeding. Early treatment and intervention improve the prognosis for mother and baby.

Lean on your support network.

Seek help from others.

Find someone who can help you care for your baby so you can go to counseling and get the rest you need to recover. Be realistic with yourself and others about what you can do while taking care of a newborn. You may have to cut back on less important chores. Do what you can and leave the rest or have someone else do it.

Do not try to wait it out and hope to get better. The earlier you start counseling and medication, the sooner you will feel better. Recovery time varies depending on your circumstances. Make time for yourself and avoid isolating away from family and friends. Take care of yourself so you can care for your baby.

Know that it’s not your fault.

Most of all, don’t beat yourself up for having this illness. Remember it is prevalent, and it does not mean you are a bad mother. Many other women have postpartum depression. Join a support group of women who are going through the same thing. It is a medical condition, not a weakness, and it is very treatable if you reach out for help.