The A to Z of IUDs 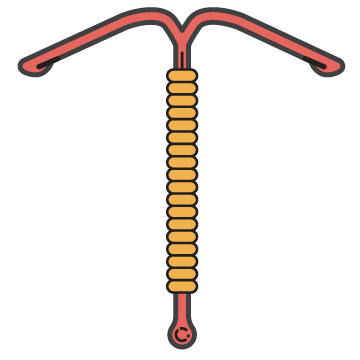 IUD is an acronym for Intrauterine Device, and it is one of the most convenient and effective forms of birth control. There are different types of IUD, but in its most basic form it is a small T- shaped apparatus that, when placed into the uterus by your ob/gyn, prevents pregnancies from occurring.

How Does an IUD Work?

There are two main types of IUD: hormonal and non-hormonal. Hormonal IUDs are made out of plastic and they release a constant low dose of a synthetic hormone called progestin which prevents the ovaries from releasing their eggs. The hormonal IUD further increases its effectiveness by causing cervical mucus to thicken. This adds an additional layer of defense against sperm.

Non-hormonal IUDs have a small amount of natural copper incorporated into their design and do not have a hormonal component. The copper acts as an effective spermicide within the uterus. The metal itself is the contraceptive and it damages sperm and disturbs their mobility which prevents them from reaching the egg. The copper also causes a change in the lining of the uterus which prohibits pregnancy in the event that fertilization of the egg does occur.

How effective are IUDs? 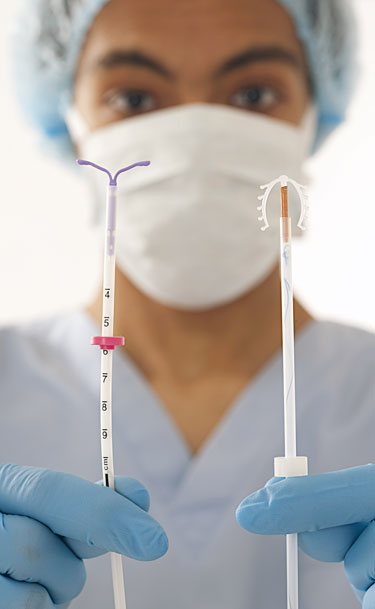 IUD’s are a very successful form of contraceptive. They are measured to have a pregnancy prevention rate of 99 percent. However, it is important to know that while IUDs are a very effective form of birth control, they do not offer any protection against sexually transmitted diseases (STDs). Methods of disease prevention should be pursued separately from the IUD.

IUDs remain effective over a long period of time. Hormonal IUDs last between three and six years while the non-hormonal copper version is good for 10 and up to 12 years. When a particular IUD has reached its allotted time limit, it can be replaced without interruption to contraception.

There are many positive reasons to choose an IUD as a method of birth control. It is an easy, inexpensive, and effective contraceptive. Once it is in place, no further action is required to prevent pregnancies. With an IUD there is no need to remember to take a daily pill and they do not have any of the negative side effects associated with contraceptives that contain estrogen.

IUDs also do not affect sexual intercourse. Women and their partners cannot feel the IUD during sex and since it is a constant form of birth control, there is no need to interrupt intercourse in order to apply additional contraception. Additionally, IUDs are autonomous. Unlike condoms, for example, they do not require participation from sexual partners.

Having an IUD put in place is not like having a surgery. It is a simple procedure that can be performed during a single visit to your ob/gyn’s office. They can also be inserted immediately after giving birth and do not conflict with breastfeeding or post natal recovery. However, IUDs are as easily reversed as they are implemented. Both hormonal and non-hormonal types of IUD prevent pregnancies as soon as they are put in place and fertility rates return to normal almost immediately after the IUD is removed.

Side Effects of IUDs

IUD side effects vary depending on which type is used. Copper IUDs can potentially cause an increase in menstrual cramps, back aches, and bleeding during periods for some women. Conversely, the hormone IUD can lessen the amount of blood loss during the menstruation.

Occasionally, some women experience infection shortly after implementation and others report spotting in between periods, particularly during the first few months after the IUD is put in place.

In some rare cases the IUD can perforate the wall of the uterus, or it can become dislodged. Women should not use IUDs if they are pregnant, are experiencing unexplained vaginal bleeding, have chronic or current pelvic infections, or have a personal history of breast, uterine, cervical cancer, or liver disease. People with uterine abnormalities such as fibroids are also not good candidates for an IUD and women who are allergic to copper should not use the non-hormonal version of the device.

Women who are interested in using an Intrauterine Device as their method of birth control should discuss the options with their doctor so they can choose which type is best for them. A prescription is necessary in order to receive an IUD and it needs to be administered by a doctor.  For many women, the IUD is convenient, long-lasting, and worry free contraceptive. Women who do have IUDs should receive regular gynecological exams and always discuss their intrauterine device with their doctor during their annual visits.

If you have any questions about which IUD is right for you, or need to schedule an appointment to place or remove your IUD, please contact Kansas City ObGyn today at This email address is being protected from spambots. You need JavaScript enabled to view it. or 913-948-9636.