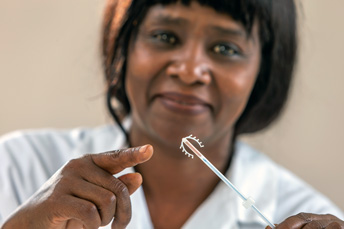 IUDs can prevent worry or surprises

The statistics from the US in regards to contraceptive choices are rather puzzling considering the many advantages of IUDs in comparison to pills and condoms. For starters, they are much more effective. The effectiveness of contraception is commonly expressed in terms of the failure rate, namely “if 100 couples used that method for a year while engaging in regular PIV sexual intercourse, how many would be expected to get pregnant?”

Usually two numbers are given, one with “perfect use” and one with “actual use out in the real world.” These two numbers reflect the difficulty couples have in precisely following contraception instructions – for example, “perfect use” of the pill is rather unrealistic, according to “SOURCE”

In the US, estimated failure rates for methods of contraception are:

An IUD can be good for spontaneity!

All women are familiar with the hassle involved in getting hold of contraceptive pills. Appointments, exams, prescriptions, trips to the pharmacy. Although the laws are changing to make this process easier, it can be still a constant hassle.

Most women using the pill have experienced “gaps” in coverage.  These are times when they could not obtain the pill when they needed it, including many a vacation that has been ruined when the pill gets lost or forgotten.

Condoms are easy to obtain, but they have a very high rate of user error since they have to be used in the heat of passion. Relying on either/or condoms and birth control pills can put a burden on a couple's sex life and seriously reduce spontaneity.

Conversely, IUDs are about as low-hassle and low-maintenance as you can get. Once the device is in you don't have to do anything except enjoy life. IUDs take away the hassle, stress and worry about possible pregnancy and finally allow for complete spontaneity.

Are there different types of IUD? What about side effects?

The non-hormonal types (Paragard®) have been around for decades. They consist of a small piece of plastic wrapped with copper. The copper ions are slowly released into the uterus and interfere with the movement of sperm, which prevents fertilization. These devices have advantages in that they last for 12 to 15 years before needing to be replaced and they don't use any hormones at all. However, their primary side effect is causing heavier and longer than normal periods.

Hormonal devices have been in widespread use since 1990 when Mirena® came on the world market. They consist of a tiny flexible T-shaped piece of plastic that slowly releases a form of progesterone into the uterus. It prevents pregnancy by:

There are several brands of very similar hormonal devices available in the US today. Mirena® and Liletta® work for up to seven years, Kyleena® works for around five years, and Skyla® works for up to three years.

Because the hormone is only released into the local environment, these hormonal devices have practically no systemic side effects. In fact, the most common side effect is extremely light and barely noticeable periods, and a significant proportion of users completely stop having periods altogether – side effects that most women enjoy.

Is it easy to insert an IUD?

Most women worry about the insertion. However, the whole thing takes less than five minutes, and the unpleasant part is over in seconds; some women report it just feels weird, some say it is mildly painful, and some say it hurts a lot. For just a second. There may be some uterine cramping for a few days after insertion. Most users experience irregular periods and spotting after insertion, which gradually goes away over the next few months.

Experts wonder if the low uptake of IUD birth control in the US may be related to their cost – they typically cost around $500 to $1000 out-of-pocket all at once. However, if you calculate the cost over five years, that's $100 to $200 a year. An individual paying for birth control pills out-of-pocket on average would pay $600 a year, and a couple relying on condoms could easily pay $300 to $400 a year.

Is an IUD reversible?

Although people like to talk about how long these devices last, they can be removed at any time and fertility will quickly return to normal, so when it's time to try for a baby, you can start right away.

Who is a good fit for an IUD?

A common myth that even many OB-Gyns bought into was that the intrauterine device could only be placed in women who had delivered at least one baby. This has been shown to be utter bunk, and in fact these devices make an excellent form of contraception for teens. Also, intrauterine devices don't cause blood clots in older women so they can be used from the time of first menstruation straight through to menopause, age 12 through 50.

IUDs are a favorite option among OB-Gyns

One of the best ways to determine if something is a good idea is to ask your doctor if she would use it. With IUD birth control, the answer is a resounding yes. Intrauterine devices and other LARCs are the number one choice of doctors for reversible contraception for themselves, especially among OB-Gyns and others who work in the family planning field.

If you think you'd like to try IUD birth control or another type of LARC, call Kansas City ObGyn at (913) 225-8567 or email us at This email address is being protected from spambots. You need JavaScript enabled to view it..

Emily S. Minderman, MD is one of the founding physicians at Kansas City ObGyn. She has been practicing medicine since 2001, and has been serving patients as a private practice ObGyn since 2005. Outside of work at Kansas City ObGyn, Dr. Minderman spends valuable time with her family and enjoys being a proud mom of two beautiful children.